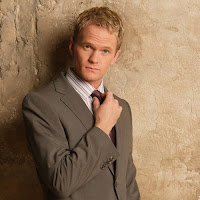 Throughout the fifth season of the podcast, we worked on something called "The Neil Patrick Harris Project."

He was the star of the hit series "How I Met Your Mother" on CBS.  He's been in big movies, on broadway and even showed that online content can be wildly successful with "Dr. Horrible's Sing-Along Blog."

He also happens to be a big fan of theme parks!  He's a regular visitor to Walt Disney World, Disneyland and Knott's Berry Farm.  He often posts about the parks on his Twitter feed and has even hosted events for Disney.

So, our goal with "The NPH Project" was to make him aware of of our show and to convince him that he should record the opening voiceover for our podcast.

We are happy to report that the project was a complete success!  Neil can now be heard weekly on CoasterRadio.com, opening and closing the show.

Here is a list of the highlights from the project...

September 15, 2010
We announce the "NPH Project" as we kick off the fifth season of CoasterRadio.com. We spend the next few weeks discussing plans to improve upon what we did with "The David Arquette Project." We also talk about Neil's involvement with the California Screamin' Coaster at Disney California Adventure.

October 29, 2010
We receive word that Neil visited "The House at Haunted Hill," a Los Angeles based Halloween display/show.  The creator tells us that Neil said he heard about it on CoasterRadio.com.

November 15, 2010
Exactly two months after starting the project, we receive our first voicemail call from NPH.

Encouraged by our "First Contact" with Neil, we launch our "Holiday Wishes" video campaign! We ask listeners to send in video of their children and grandparents begging NPH to be our voiceover artist. 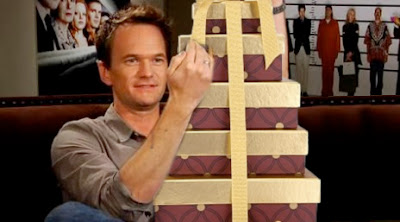 December 1, 2010
Because Neil asks for a "Tower of Treats" in his first voicemail, we schedule it to be delivered to his dressing room on Thursday, December 9, 2010 - a day we know "How I Met Your Mother" is in production in Hollywood.

December 9, 2010
On the day the package is scheduled to arrive, NPH calls our voicemail line and leaves this message.

January 11, 2011
NPH responds to the video with this voicemail.


February 18, 2011
We unveil the "Day at the Park with Neil" Photoshop Contest! Listeners from all over the world send in creative entries showing what it would be like if they hung out with Neil for a day at their favorite theme park.

Neil Patrick Harris leaves a voicemail to announce a winner in the "Day at the Park with Neil" Photoshop Contest.  He also crowns three runners-up.

The launch date for Theme Park Change... a nationwide charity event benefiting Project Angel Food.  It is one of the most ambitious projects even taken on by the CoasterRadio.com podcast.  NPH himself stars in the promotional video.

The listeners of CoasterRadio.com, along with readers of 30 different participating websites and park fans around the world raise over $5,000 for Project Angel Food. This money is used by the charity to purchase ingredients to make 1,000 nutritious meals for people in the Los Angeles area who  suffering from life threatening illnesses.

Neil Patrick Harris calls in to the show to congratulate everyone on the money raised for Project Angel Food through Theme Park Change.  He also says that he is impressed by everything done throughout the "NPH Project" and agrees to be the voiceover artist for CoasterRadio.com.

He even professionally records the voiceover tracks on a soundstage in Hollywood.  Neil asks to come on the show in the Fall of 2011 to talk about his involvement with Knotts Scary Farm, Disney California Adventure and EPCOT's Candlelight Processional.

NPH joins us on the show to talk about his favorite parks and attractions.  He also talks about his involvement in several projects at Disney and Knotts' Berry Farm.  Neil also reveals that he has set up a backyard Halloween Haunt at his Hollywood home.

We travel to Hollywood to be extras on the set of "How I Met Your Mother."
Thanks to everyone who has participated in the Neil Patrick Harris project!

Check out some of our photos from the set of "How I Met Your Mother!"